Sale on canvas prints! Use code ABCXYZ at checkout for a special discount!

Here I am again. Just to catch you up on what's going on. I'm reworking my website and figuring out ways to get the customers to my website. Slow but confident things will pick up. It's hot right now so typing while sweating might not be a good idea. Anyway, I'm still on the Big Cat series and am almost done with the third one. I'll have it up for display soon. I'll catch you on the next drip.

I'm working a sea turtle painting for a friend of mine who did some construction work in my house and since I'm a little short on cash as most artists are, I'm painting this for his daughter who is in love with sea turtles. So, has any of you done work for anyone as a tradeoff? How do you know whats a fair tradeoff for all around? For me, I got three new skylights put in as a replacements for my old ones that leaked. sorry this is a little short blurp but I must get back to the painting. See you later on the dry side of the paint. 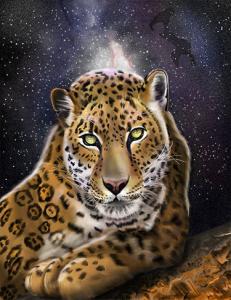 Welcome to my big cat series blog. My name is Thomas J. Herring and I'm an artist that's working to make my are known to the world. That is the goal right? I'm in the process of working on four big cats at the same time, thinking this will cut down on the time. Not happening! So I decided to break down and start a blog, something that I never would have dreamed of doing. Writing and editing my work is not fun.

So, here is what's going on at this time.
I'm one working on one of four digital renderings of the Big Cat series using Photoshop and Illustrator. The first one is the Leopard, the second is the Cheetah, third is tiger and the final one is the Lions. The big cats have always been a favorite of mine with their majestic stature and prowess. I may at a later date do a series in oil or acrylic. I'll tell you more later about my work history, what I do to pay the bills. Hint; it's not doing art.

You're all welcome to check in from time to time and I hope to get to know you and visa versa.

Back to let you know that I finished my fourth and final digital art which was a cheetah. This completes the big Cat Series... or did it? I may add more to it as there's more variety of bigs cats than you can shake a tail with. I'm not recommending that you do that, but you get the idea. Anyway, check out my stuff and leave a comment or two. What big cats do you want to see?

Remember, if you're going to fall, fall forward. At least you're making progress.

After moping over what the next project would be, I finally completed the four picture series of the big cats. You can now see the Lion, cheetah, leopard, and tiger on my site. I think the price is reasonable. Enjoy. Let me know what you think. So here I am pushing for sales. It's been a bit slow here but am hoping for an uptick with the holiday season around the corner. What's the word out there in your activity? Are you selling on a steady pace or is it in spurts and quirts?